Everyone loves some nostalgia, and the Victrola Parker takes what we remember as a kid, and adds some 20th century tech to enjoy.

Featuring a built-in speaker and suit-case style design, this device can fit into any home decor, especially with the variations available from Victrola. Being as compact as it is, you can also snap the case shut and bring it wherever you’d like to go.

This device presents every playable opportunity, whether it be Bluetooth, via an AUX device, or any size and style record it really is an all-in-one device.

Join me in reviewing the Victrola Parker below! Or, take a look here! 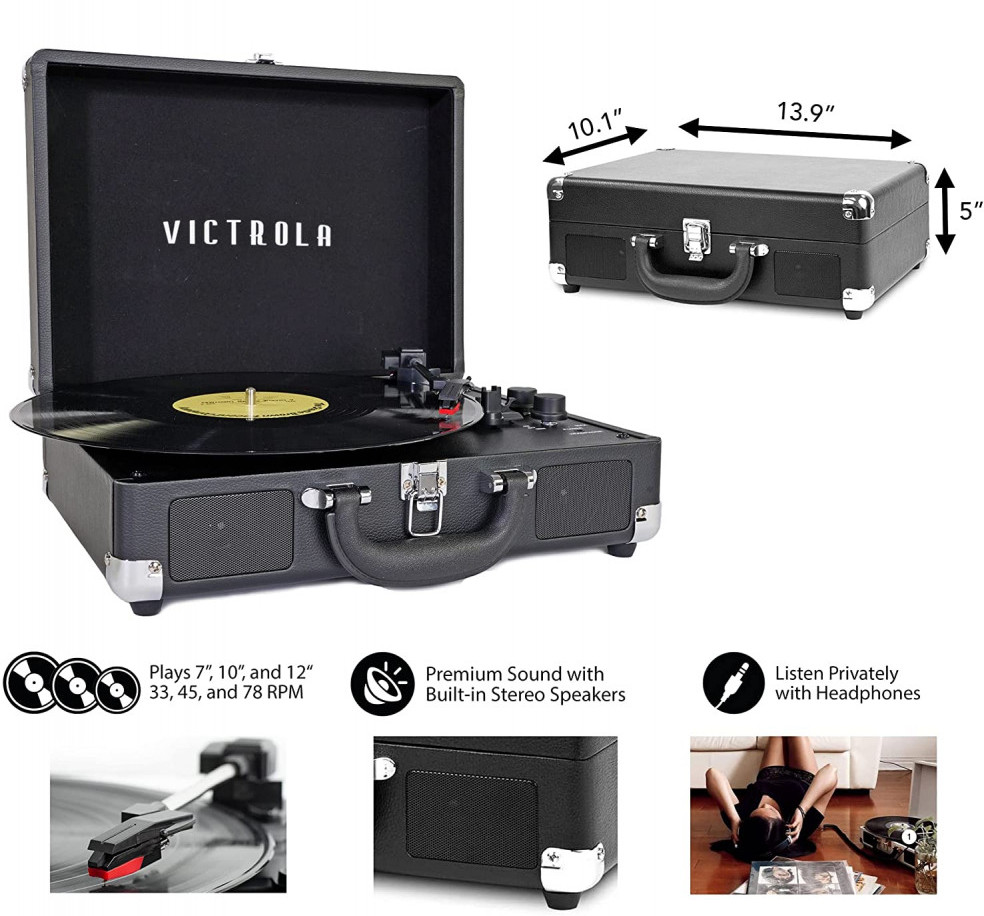 The Victrola Parker is a reproduction of the popular record players most relevant in the 60’s and 70’s. Having found their name is 1906, and grew increasingly popular throughout the 1900s, record players died off rather quickly as new forms of music devices came to be.

However, Victrola has done an excellent job staying relevant and providing their consumers with the features they crave.

Recently in 2015, Victrola began implementing Bluetooth into their record players, transforming a simple device into an all-in-one.

However you’d like to listen, you can connect wirelessly via Bluetooth, throw on any size or style of vinyl on the three-speed turntable, or connect an old MP3 player or device via the 3.5mm AUX-in jack.

Although we’ll get to sound soon, if you’re not happy with the sound, there are RCA outputs on the back to connect external speakers to.

This device really has it all, and for under $50.00 you really cannot go wrong! 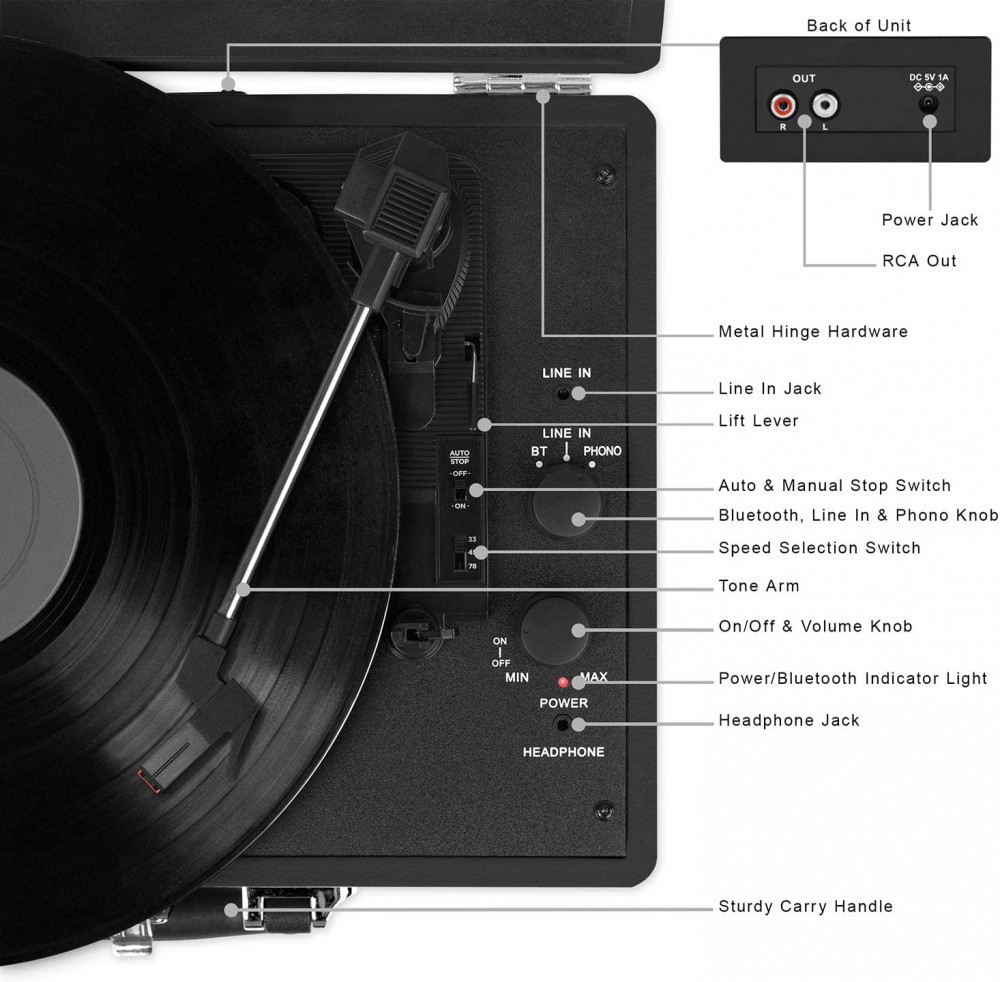 Along the back you’ll find the inputs, as well as the power jack. The suite case is made of a texturized material and chrome metal hinges.

It currently comes in almost 30 different variations of colors and designs, so there’s really no worry about fitting into your home decor.

Regardless of design, the controls are finished in a black matte, with the turntable taking the majority of the space inside the container.

There are 3-speeds available 33, 45, and 78 RPM, however, the device will automatically detect the record size and adjust the platter’s speed. Reviews suggest purchasing a slip mat, as this device doesn’t come with one.

The player is a beginner friendly device, however, despite its light weight and portable design, it is made from inexpensive material, and you’ll notice a flimsy feel to it.

You’ll notice the two built-in speakers along the front on either side of the suit case handle, as well as the ability to hook up with headphones.

The sound from the Parker is more impressive than one would think looking at it. However, it does have small speakers, and therefore is very quiet compared with some.

At low volumes you’ll hear a crisp, and clear sound, but as one turns the volume up the speakers are quick to distort.

It’s saving grace? It has RCA outputs in the back for external speakers. You can also connect external Bluetooth speakers for better and louder sound.

Cons and Other Considerations

What I love about the Parker:

What I think could be better:

My Verdict: A nostalgic device, for any beginner..

The Victrola Parker is a device I would highly recommend for any beginner looking to find an interest in records.

It’s easy to use, multi-functional for any play-type, and being able to connect to external speakers breaks the limits off the 2 small front facing speakers.

It’s very inexpensive, but be careful, this device made be highly functional and portable, but it’s easily broken. A lot of the cost savings are seen in the material.

I hope you’ve enjoyed this quick review of the Victrola Parker, and I look forward to hearing your thoughts below!